The History Of Parking Lot Striping And Pavement Marking 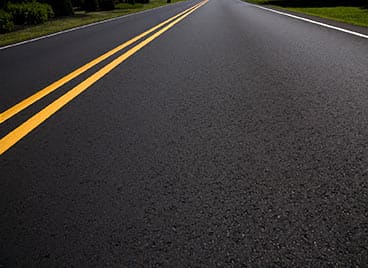 Imagine driving on a paved road without a center stripe, lane markings or any other type of visual guide to help you determine the limits of your lane. When the automobile was first introduced, this is precisely what drivers had to endure. As long as there were only a few hundred cars in the entire nation, the lack of pavement markings was not critical. However, by 1910, there were approximately 470,000 cars traveling the nation’s roads, and by 1920, there were almost 10 million. With so many cars and too few experienced drivers operating them, it was inevitable that accidents would increase. The first pavement markings in America were installed to help make driving safer for everyone.

The Introduction of Pavement Markings

Edward N. Hines of Wayne County, Michigan, is believed to have conceived the idea of painting a center stripe on roadways to improve safety. He was allegedly inspired by the white trail that a leaky milk wagon left behind. In 1911, Mr. Hines, who chaired the county’s board of roads at the time, arranged to have a center stripe painted on a section of a heavily traveled road. His idea quickly spread throughout the state, and by 1917, Oregon and California had followed suit.

As more states and local governments implemented pavement markings, drivers were often confronted with confusing markings that varied between cities, counties, or states. For example, an unbroken white line might indicate that passing was allowed, but it might indicate a no-passing zone in the next county. Center stripes could be virtually any color, and some cities invented their own special markings to convey warnings or information.

The U.S. Department of Transportation was the first agency to publish a manual that contained standardized pavement markings. The manual was issued in 1971, but it took almost four years to achieve national compliance. Some of the standards contained in the manual included using yellow center stripes to denote oncoming traffic, using white markings for lanes moving in the same direction and using broken center stripes to indicate that passing was permitted.

B&E Coating Services offers a wide range of asphalt paving services to customers throughout the state of Michigan. We specialize in the maintenance and repair of asphalt pavements. Whether you need parking lot striping and pavement markings, residential sealcoating, asphalt crack repairs, or a sports court construction, we can help. Our crews are highly qualified and experienced, and they produce quality work at reasonable rates. You can call our Grand Rapids sealcoat contractors at 989-352-7305 to request a free quote, or you can submit the contact form located on our website. 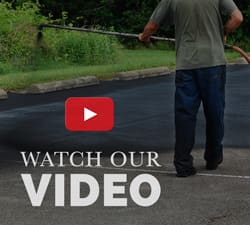 B&E Coating Services, LLC is a complete asphalt maintenance company serving the greater Michigan area with a reputation built on our workmanship. We are the go-to company when it comes to asphalt pavement and maintenance. Learn more about our Michigan asphalt company →